Leave a comment Posted on May 30, 2015 Five For Friday, New Music, Uncategorized

Here are 5 new songs making me happy these days:

The more I listen to this song, the more I like it.  Super catchy beat from this Philadelphia based duo.  I’m excited to see them live at the Roxy in September!

This song makes me miss living in NYC.  It’s a fun, gritty song from this Brooklyn based trio.

Beautiful harmonies layered over a lush yet slightly sinister sound.  Love what this indie-pop duo is doing!  Shoutout to one of my fave music sites DAYTROTTER for turning me on to these guys.

Really fun song from this talented indie-electric artist from Germany.  I can hear this in a car commercial.. He’s live at the Echoplex in LA July 16th.

That’s it for this week – Have a wonderful weekend!

Whether your plan is to hit the beach, have a BBQ, check out a music festival or just kick it by the pool, here are some great new, summery tunes!

A fun, carefree sounding tune from this Norwegian group.

Love the synthy pop vibe to this song from the LA based band.

A beautiful tune from the Australian crooner.

This sexy soundscape is perfect for the end of a long day – This is just what you need when relaxing in the hot tub.

I missed last week because it was my birthday… Sorry about that.  But, back this week with 5 new songs for your listening pleasure!

First up – PALACE – a band from London that I’ve already been watching for some time.  I love everything I’ve heard so far, and they put this new song “Kilorean” out recently.  Another winner, in my opinion!  It’s dreamy and relaxed and bluesy yet happy sounding – put this on, pour a cocktail, go out to your yard or patio and say, “HELLLOOOO  WEEKEND!”

Their debut album is out in June and I can’t wait!  They’ve also got some tour dates in the UK this summer (jealous..) See their website for info.

Next – another band from the UK. (No surprise there – I seem to love a lot that comes from across the pond!) This is ECHOTAPE.  “All My Days” is a ridiculously fun, song with major party anthem potential.. This is destined to be played on festival fields.. The catchy lyric “All my days are rolling into one, my head’s like a sieve and I’m sinking some” – pretty much describes everyone at a festival anyway. Check it out and just try not to bop along:

Check out their Facebook page for a video of a recent TV appearance.

Third up we have FROOGLE & ALEXA HARLEY – with “Falling Down”.  This is a gorgeous, powerful song, off the collaboration EP, “Tunnel Vision”  From his Facebook, “Froogle fuses elements of jazz and r&b with state of the art electronics.”  – that combination works wonderfully here:

The next band brings me closer to home.  SMOKE SEASON – a LA based boy/girl duo known for their genre bending “electro soul”.  They’re sexy, sultry, and kick ass.. They’re playing “Brokechella” this weekend in LA – I hope to check em out.  Here’s their song “Bees”:

And finally for this Friday – AQUILO.  Check out this gorgeous downtempo R & B tinged break up anthem  “Better Off Without You”:

If you live in the UK, you can see this English duo live this summer.  Hey Aquilo, please come play LA soon!!

Wishing everyone a happy holiday weekend, hope you’re already enjoying it!  Here are some catchy tunes to get you thru your travels, time with family, binge eating, or whatever makes you happiest.

What a perfect song to start with!  A fun, catchy, long-weekend-sounding track from this LA based band.  It’s impossible to not feel transported and carefree when you hear this!  Also a great song for sync opportunities.  This band is playing on Tuesday night 4/7 in LA and I’m definitely going to check them out.

This lovely UK duo has been quietly releasing one song at a time on Soundcloud on the 1st of every month.  Here’s the latest.  It’s catchy and sweet, and I love the turn it takes about 3/4 of the way thru.  Their debut album is out in September, and you catch them live in London, Paris, LA and Brooklyn this fall.  Tickets are for sale via their Website.  I think this band will be big in the next year!

Here’s a new one from Arizona based “The Maine”.  This is off their upcoming 5th full length album out now.  It has a great, pop-y sound and it’s catchy as hell.  The band is touring the US now thru May.  Tour Dates HERE.

Synth-pop goodness from this Glastonbury based band.  The EP, “Eighteen” is out in late May.

The new single from this talented Canadian singer-songwriter, and it’s got some serious soul!  I like it more every time I hear it.

Last night I went to see blues guitar master Robben Ford at the Grammy Museum.  I EXPECTED to hear a guitar legend speak about his amazing career and was excited to hear some songs off his new album, “Into The Sun” out today.  But, knowingly or not, he also dispensed some amazing, life-improving advice that I think can apply to everyone. Bonus!

In a Q & A format, Robben spoke candidly about his legendary career, which started when he was just a teenager.  When asked if he was insecure about playing with a legend like Jimmy Witherspoon at such a young age, Robben said no – and his quote brings me to the first life lesson:

“If you’re confident in yourself, you can fit in anywhere”..

He went into detail about playing on the road with Joni Mitchell, and called it the “best experience of his life” – even though he initially DIDN’T WANT TO!

LIFE LESSON: Say YES!  You never know what an opportunity may bring or how it may enrich your life.

Robin spoke about his guitar playing by referencing Malcolm Gladwell’s book OUTLIERS.  Robben said that as Malcolm suggests, it took him about 10 years to get good at songwriting.

LIFE LESSON:  PERSISTENCE!  Stick to it!  You can’t master a skill without putting in time and effort.

After inspiring us with insights from his career and words of wisdom, Robben played 4 songs off the new album, “Into The Sun”, out today via Provogue Records / the Mascot Label Group.

This new album is a chance for Robben to do his own thing, which he said that he’s always wanted to do, despite playing on tour with legends such as Joni Mitchell, Miles Davis and Charlie Musselwhite, among many others.  The album highlights his skillful guitar playing, songwriting, and singing.   In speaking of the album, Robben says “The rule was to have no lid on things..I made sure there was room for new ideas and everything my collaborators brought to the music.”  His collaborators on the album are vocalist ZZ Ward, blues great Keb’ Mo’, and guitar masters Warren Hayes, Sonny Landreth, Robert Randolph and Tyler Bryant.

My favorite track on the album is So Long 4 U – with Sonny Landreth:

Check out the new album and follow Robben – (you never know when you’re gonna learn something!)

It’s the end of the week!  Here’s a diverse mix of 5 new songs to get you to and thru a great weekend!

A brand new 3 piece girl band from Australia who describe themselves as “experimental bedroom punk”.  I love em already!  This song starts out sounding groovy, smooth, funky – and just when you start to think you know where it’s going..BAM!  It becomes something else entirely.  But it’s somehow both jarring AND seamless and it’s a fun sonic journey.  Per their Facebook page, they played their first ever gig just this past month, and they have a forthcoming debut album coming out. Can’t wait to hear more from these talented ladies!

I LOVE this song.  Simply put – it’s just so pretty, but also paints a dramatic cinematic picture.  This would be a great song to sync to a scene – it conveys so much angst and trepidation, lost love and uncertainty.  And it builds to such a fantastic climax!  In their own words, “Drifting is inspired by falling asleep behind the wheel and trying to forget unforgettable things. We’ve never had a song that sounded this naked.”  This band is on tour as I type thru 4/11 – playing Washington DC tonight, Chicago 3/30 – see their website for more dates.  They’ve also got a new album coming out this summer.

The kick ass guitar riff in this song is reason enough to give it a listen!  There’s not too much happening lyrically but, it doesn’t matter.  It’s groovy and croony and reverby, and a great weekend tune!  They just wrapped up a headlining tour in the UK and their new album drops in April.

When I hear this, I just want to be getting in my car, and saying “PEACE OUT” to a long work week.. This is another great song for sync placement.  Soooooooo groovy.  It’s got such a strong vibe, with a couple distinct sections that give this tune definite momentum.  I love what this self proclaimed UK based “anti genre music producer” is doing and if you’re not bopping along to this in some way, well, then you must not be hearing it at all! There’s a free download of this song on his soundcloud page, link below.

And now, something for when you get home, open that bottle of wine, or draw that bath, or light that joint, or whatever it is that settles you down..  This beautiful sonic-sphere from this talented Danish producer does have an almost liquid sound to it, some of the chords seem to come and go in bubbles.  Just sit back, relax, and enjoy….

SXSW is both awesome and overwhelming.  With over 2,000 bands playing in hundreds of venues over a week in Austin, – what’s not to love?  Cutting to the chase, here were my favorites: (click band name to listen) 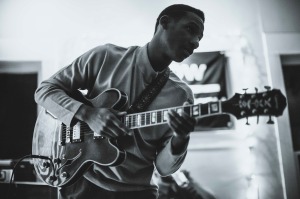 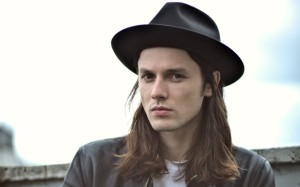 Along The Rail
Blog at WordPress.com.